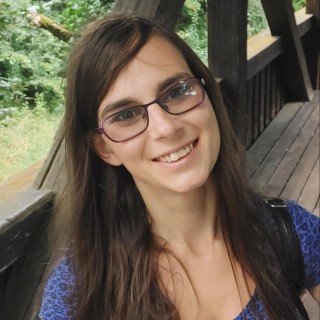 Earlier this year I picked up the first book, Year One, in this trilogy (Chronicles of The One) written by Nora Roberts. It came as a huge surprise to me as I always viewed Nora Roberts as a romance writer. Of Blood and Bone was different, set in a dystopian world with lots of fantasy elements. I couldn’t put it down and had high expectations for the second book in the trilogy.

It certainly didn’t disappoint me, however, some things changed considerably. The dystopian elements disappeared completely and it turned into another fantasy novel. Even the world it’s set in (theoretically the USA) doesn’t resemble our world anymore apart from the occasional city name dropping. I don’t see this s a bad thing though. I like the fantasy genre and enjoyed the story. It’s something to keep in mind though if you’re looking for a dystopian novel.

To me it felt like the typical middle book of a trilogy, the pacing was slower and there weren’t many action scenes (apart from the end). I can still remember the violent, even shocking elements from the first book, which were missing in this one. The focus lay on the development and training of the main characters (especially Fallon, Duncan and Tonia) and their process of growing up. I loved the magical elements, the fairies, witches and other mythical creatures.

I can definitely recommend Of Blood and Bone (and the series) and can’t wait to pick up the final one!

“They look like an everyday family living an ordinary life. But beyond the edges of this peaceful farm, unimaginable forces of light and dark have been unleashed.

Fallon Swift, approaching her thirteenth birthday, barely knows the world that existed before—the city where her parents lived, now in ruins and reclaimed by nature since the Doom sickened and killed billions. Traveling anywhere is a danger, as vicious gangs of Raiders and fanatics called Purity Warriors search for their next victim. Those like Fallon, in possession of gifts, are hunted—and the time is coming when her true nature, her identity as The One, can no longer be hidden.

In a mysterious shelter in the forest, her training is about to begin under the guidance of Mallick, whose skills have been honed over centuries. She will learn the old ways of healing; study and spar; encounter faeries and elves and shifters; and find powers within herself she never imagined. And when the time is right, she will take up the sword, and fight. For until she grows into the woman she was born to be, the world outside will never be whole again.“

We use cookies on our website to give you the most relevant experience by remembering your preferences and repeat visits. By clicking “Accept”, you consent to the use of ALL the cookies.
Cookie settingsACCEPT
Manage consent

This website uses cookies to improve your experience while you navigate through the website. Out of these, the cookies that are categorized as necessary are stored on your browser as they are essential for the working of basic functionalities of the website. We also use third-party cookies that help us analyze and understand how you use this website. These cookies will be stored in your browser only with your consent. You also have the option to opt-out of these cookies. But opting out of some of these cookies may affect your browsing experience.
Necessary Always Enabled

Any cookies that may not be particularly necessary for the website to function and is used specifically to collect user personal data via analytics, ads, other embedded contents are termed as non-necessary cookies. It is mandatory to procure user consent prior to running these cookies on your website.